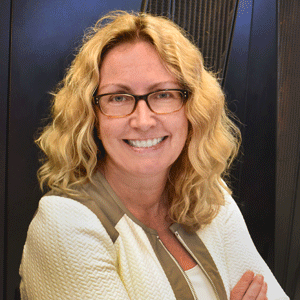 In fall 2018, the U.S. government unveiled its national multi-million dollar, 10-year plan for quantum information science, or QIS, research and development. The United States was not alone in this undertaking. With financing for QIS research extending to $1 billion over a decade for Europe’s Quantum Flagship, launched in October 2018, and a Chinese quantum research satellite already in orbit and beaming photons to receiving stations on Earth, the future is committed to quantum.

Investment levels both at home and abroad will dictate the speed to solution in terms of creating working quantum communication networks and, by extension, a true quantum Internet

Among the many goals for the U.S. plan (detailed in the National Strategic Overview for Quantum Information Science report) was to put QIS at the forefront to drive research and technology in areas that current classical physics approaches cannot achieve. While universal quantum computing stands out as the major (and most recognized) player with big-name companies such as IBM, Microsoft, Intel, Rigetti, Raytheon and Google all committing millions of dollars and research personnel to its pursuit, the first realized quantum solutions more likely to appear actually may impact quantum communication.

Quantum communication employs the principles of quantum physics to “transport” information encoded in the states of quantum bits, better known as “qubits.” In contrast to classical bits that can only be in a state of either 0 or 1, qubit states can exist in anything in between, i.e., arbitrary super positions of 0 and 1 simultaneously. Particles, such as photons, carrying quantum information can be “entangled,” meaning that their states will stay correlated even when separated by vast distances—what Albert Einstein called, “spooky action at a distance.”

As China’s quantum satellite, Micius, part of the country’s $100 million Quantum Experiments at Space Scale program, tests quantum key transfers via space links, other entities, including U.S. government, industry and academia, are staying closer to home, creating “local area” quantum networks that can exchange entangled photons using existing fiber networks. These quantum LANs are the initial building blocks for next-generation networks that may rely on novel technologies, such as portable quantum memories and repeaters, to extend the scale, speed and security of future communications—perhaps even to build a viable quantum Internet.

While the scope of existing fiber networks provides ample real estate to test potential quantum networks, the actuality is that entangled qubits are easily impacted by their transport environment and can devolve from their entangle quantum states back to classical physics behaviors. Known as quantum decoherence, it severely limits the scale of current quantum LANs, whose fiber networks are too lossy to facilitate long-distance qubit passing.

The aforementioned quantum memories and repeaters mark the current wave of QIS technology research as these components will be elemental in extending the reach of quantum communications. Akin to its classical computing counterpart, a quantum memory stores and retrieves photonic information. Usually, a quantum memory requires working within an ultra-cold or vacuum environment. However, quantum memories that operate at room temperature now exist and are underpinning research into viable quantum repeaters.

While shown to be theoretically viable, production-ready quantum repeaters have yet to be demonstrated. Unlike a traditional digital network that can use repeaters to amplify signals along the communication route, entanglement can be easily destroyed (decohere) in long-distance qubit transfer. Any attempt to classically “boost” a qubit’s signal destroys the quantum properties that characterize it and reverts to classical physics behavior. To enable long-distance quantum networks, working quantum repeaters that allow qubits to remain entangled—and maintain their quantum properties from a source location to the final receiver destination—will be essential.

Where Do We Go Now?

As with most leading-edge research, investment levels both at home and abroad will dictate the speed to solution in terms of creating working quantum communication networks and, by extension, a true quantum Internet.

As noted, the EU and China have displayed a long-term commitment to the quantum cause. Innovations in QIS technology are evolving at a rapid pace, and U.S. government, academia and industry are actively building on quantum. For example, there are new quantum-focused degree programs at universities, as well as multiple QIS-based research partnerships, including the Northeast Quantum Systems Center (NEQsys), Chicago Quantum Exchange and Berkeley Quantum. Moreover, programs such as an upcoming QIS Innovation XLab Showcase sponsored by the Department of Energy aim to pair the U.S. national laboratory complex with industry partners seeking broader technical resources to help innovate the marketplace.

What It Truly Means For IT Security To Bea Business Enabler

Policy is a Key Solution to Stopping Packaging Waste

Congestion-Driven Basis Risk, A Challenge for the Development of...